The Inter House Cosplay Challenge and the Inter House Lip Synch Challenge will take place during Assembly, 10 July 2015.  If you are interested in participating or helping, please contact your house captains or vice captains.

This challenge will be judged on how the character(s) is/are closest to the original in terms of performance and costume(s). The costume(s) do/does not have to be self-made. The choice of character(s) to cosplay can be from any tradition. It can be from Japanese anime, Marvel comics, popular stories and movies.

This challenge is judged on how well your performer(s) can 're-create' the actual performer(s) of a song of your own choice. You will be given marks for creativity in the choice and use of props, sets, make up, costumes, slides, video, etc.

This policy applies to the use of the ICT resources owned and managed by SST, as well as those brought in for use by users. ICT resources include computer accounts, servers, disk storage, software, email, public folders, network and the Internet. All users MUST comply with this Policy.
Click HERE to access.
Singapore Statutes Online:
Computer Misuse and Cybersecurity Act (Chapter 50A) [retrieved on 09 Nov 2019]
Cybersecurity Act 2018 [retrieved on 09 Nov 2019]

[When non-pre-scheduled HBL is activated]
The virtual HelpDesk will be available during curriculum hours (8am to 5.30pm) to help troubleshoot technical issues while students continue learning at home.
Method 1: Call the HelpDesk at 6571 7427 for assistance.
Method 2: Seek assistance via the Virtual HelpDesk via https://meet.google.com/jqv-uhae-dxa

If you have forgotten your password:
Reset your password by clicking at the "FORGOT PASSWORD" link below the login button OR
Email to the following for assistance using your SST email account:
Ms Stoney Wong (ICT Executive) and Mr Ngiow Shin Fatt (ICT Manager) at itd@sst.edu.sg
OR Ms Julie Lim (Senior Student Affairs and Services Manager) at lim_julie@sst.edu.sg

Remember to
- State your name, NRIC number and class in the email
- Describe the issue clearly (include a screenshot if it is helpful)
- Observe 4R when crafting your email (e.g. start with a greeting)

HBL takes place once a fortnight when students do not report to school for lessons, but carry out self-directed learning or activities assigned to be completed remotely.

HBL - not in Timetable

In the event that HBL is declared for a school day (i.e. not in timetable or pre-planned):
1. Subject lessons will follow current timetable.
2. Lessons will take place via the existing GMeet/ Online platforms set up in the subject Google Classrooms.
3. Login and report to the Form Teacher at the usual morning assembly time for attendance taking and morning briefing. REMEMBER:
Check the Students Blog and your official email regularly (8 am and 5pm) for any updates communicated to you in the day. 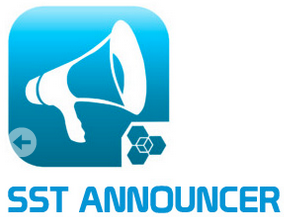